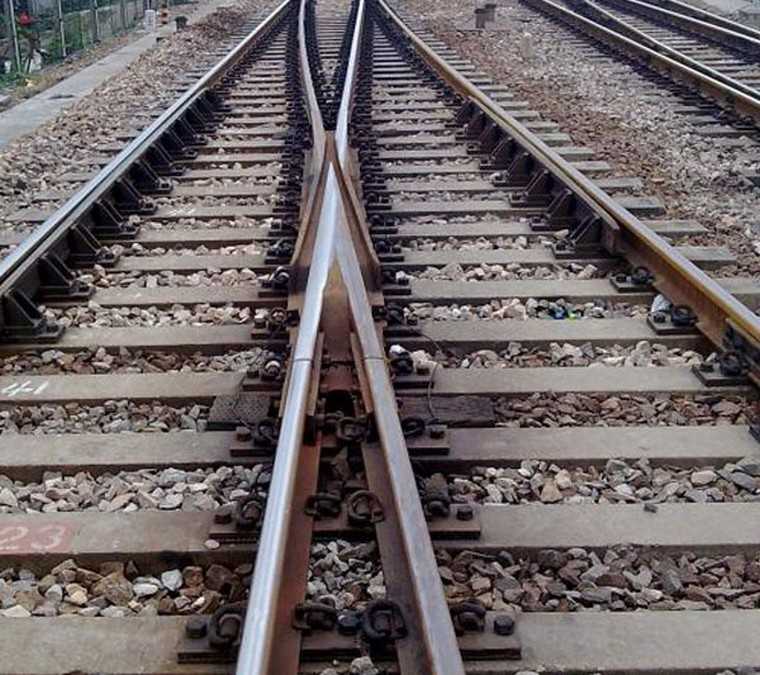 Symmetric switch is a type of narrow gauge railroad switch of coal mine in our country, is a narrow track rail lines connecting the basic equipment.Symmetric switch standardization, seriation of coal

Symmetric switch is a type of narrow gauge railroad switch of coal mine in our country, is a narrow track rail lines connecting the basic equipment. Symmetric switch standardization, seriation of coal mines or other mines in the design, construction and production is also very important. Coal mine narrow gauge railway rail laying convenient, quickly, has the strict manufacture, acceptance criteria, the rail type, gauge, Angle of the switch series, is suitable for China's coal industry changeable usage.
Switch is a large family, the most common is common single switch. It by the switch, the connecting part, frog and guard rails of three units. Switch, including basic rail tongue rail and switch machinery. When the locomotive vehicle to track the from point A to point B lanes, switch mechanical manipulation, in the position of tongue rail mobile tongue rail 1 stick 1 basic rail, split 2 out of 2 basic rail, thus opened the B lanes, shut down A track, rolling stock into the connection part of the transition to the frog and guard rails along the guide curve rail unit. The unit includes a fixed frog, wing rail and guard rails, security role is to protect the wheel through the two rail lines cross.
You may have found that when the wheel through the frog, the narrowest point from two wing rail to the frog heart there is a gap between the cutting edge, which is harmful space of the switch. Wheel through here, may be caused by wrong frog slot derailment. Set the aim of the guardrail is here, it will be forced to guide wheel running direction. In spite of this, the harmful space limits the speed of trains through the switch, the operation of high-speed train is very bad.
To solve the fundamental way to a switch harmful space, of course, is to eliminate harmful space. Since common rail can't do that, you have to develop special point - activity heart bifurcation.

Activity is the most important characteristics of point rail frog heart rail can plate. When we want to open a certain direction lanes, activity of point rail frog heart rail with dense paste, opened in the same direction wing rail is separated from the other wing rail, so that ordinary switch of harmful space doesn't exist. Practice has proved that wiped out the harmful space switch, driving more smoothly, small bifurcation speed restriction, which is especially suitable for large capacity, operation of high-speed train lines to use.
Since there are single turnout, there are double turnout, turnout and three multi-turnout (Double Slip Switches) and so on.
Turnout has its own code, such as the 9th turnout, turnout on the 12th, the 18th turnout and so on. This code is not easily arranged, it actually represents a frog angle (α) of the cotangent, which is part of frog heart right angle triangle two sides FE and AE ratio, that is N = cotα = FE / AE , N is the turnout numbers. Obviously, the smaller the frog angle α, N values greater the greater the conductivity curve radius, the train line through the side when the turnout the more stable, allowing the higher speed through turnout. So the use of large turnout for the train operation is advantageous. However, things have its two sides, the greater the numbers turnout, turnout longer naturally high cost, covering also much more. Therefore, the use of what the turnout numbers to local conditions, because the line varies, can not be generalized.
1.Understand the rail failure condition
First ask station attendant fault phenomenon, then on the console control switch test.
2.Registration switch stop using equipment.
3.Determine the cause of the switch is indoor or outdoor